Escondido, California is a beautiful city. Placed in a shallow valley, it is surrounded by stunning rocky hills. It is quite close to San Diego, giving it access to this major city too. It is one of the oldest cities in the county, having been founded in 1888. At the last census, the population was 143,911. It is also known as the most conservative city in the country.

Escondido has always attracted a huge range of visitors, not in the least because of its beautiful geography. Besides the surrounding mountains, it is cut in half by the Escondido Creek and also has tree lakes where fishing and boating is possible. It is also a very safe city, ranking quite low on the list of cities with violent crimes, and those numbers are dropping even more lately. The economy is also very diverse, spanning healthcare, education, social services, retail, construction, professional, managerial and administrative services, arts, recreation, accommodation, food services, manufacturing and more. Although hit by the global economic recession and the collapse of the housing market, it never really became an issue and recent statistics show that recovery is well and truly on the way in Escondido.

Recent news has told us that there has been a 15% jump in local house sales in the month of May.
“Local home sales were strong in May and median prices continued to rise steadily, according to the latest housing statistics from the Greater San Diego Association of REALTORS(R) (SDAR).”

The rise can be seen across all types of homes. The biggest jump was seen in detached home sales, where prices rose by 15%, and most homes only stayed on the market for 54 days. The median price for these types of homes is now $466,000, which is a 22% year on year rise and a 4% monthly rise.

For attached properties, the monthly rise in median price was 6%, or 33% year on year, which is also very significant. Both townhomes and condos were up too, with the median price being above $300,000. This is the highest price since March 2008, showing that the recession may well and truly be over in Escondido and the general San Diego area.

As you would expect with quicker sales and rising house prices, the number of foreclosures is also down. This trend is seen all across the Golden State of California, with a drop of 22.58% in homes that were in a stage of default. Throughout the state, there was a drop of 4,000 homes in active foreclosure between January and March. This is a 15% improvement in a quarter, something that hasn’t been seen for many years. Best of all, the area where this improvement is most noticeable is Escondido.

“Escondido eclipsed Milpitas as the city that improved the most state-wide on a quarterly basis, reducing its inventory by more than 62 percent.”

Other areas with interesting developments in the real estate markets include Redding, one of the largest cities found in the Sacramento Valley, where there was actually an increase of 13% in foreclosures. This clearly demonstrates that there is something special about the San Diego area. On the other hand, the city of Stockton, which saw some of the worst of the financial crisis, declaring itself bankrupt in June of 2012 and some of the highest foreclosure rates in the country, is finally starting to improve and their rates are up by 38%.

It is believed that one of the reasons why Escondido is doing so well is because of the investment market that is found in the city. One example is found in Realty Income Corp, which saw a rise of 2% in its stock shares, remaining a strong player in the city’s economy.

This corporation is a true example of the spirit of Escondido, having well and truly survived the recession. This has been very difficult, considering their area of expertise is the national housing market, where there have been so many problems. However, they were able to get through it and are still one of the top players in the country.

There are various interesting statistics about the real estate market in Escondido. These are interesting to keep an eye on for those who wish to purchase properties in the area. We now know that the median price for houses and condos is $321,100. This is almost double of the median price in 2000 and is only just below the overall California average. The most expensive detached house recently sold for $563,824.

So is now the time to buy property in Escondido? It seems that you shouldn’t wait much longer, particularly if you want to buy as an investment. There are very few foreclosed properties to snap up at a low price, and the majority of homes are rising in price very quickly. If you want to purchase for yourself, as a home for your family, you should also not wait too much longer, as the prices are rising incredibly quickly. The one worry is that it will discourage people from buying in Escondido, as the houses may start to become unaffordable for the general public. On the other hand, this could also lead to a changing face in the population of the city, making it more upmarket. 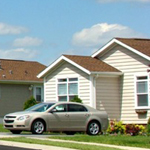 Have You Seen The New Manufactured Homes?

These aren't you're fathers mobile homes 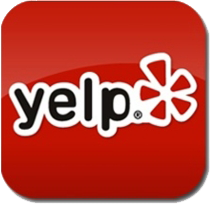 “ This information is deemed reliable but not guaranteed. You should rely on this information only to decide whether or not to further investigate a particular property. BEFORE MAKING ANY OTHER DECISION, YOU SHOULD PERSONALLY INVESTIGATE THE FACTS (e.g. square footage and lot size) with the assistance of an appropriate professional. You may use this information only to identify properties you may be interested in investigating further. All uses except for personal, non-commercial use in accordance with the foregoing purpose are prohibited. Redistribution or copying of this information, any photographs or video tours is strictly prohibited. This information is derived from the Internet Data Exchange (IDX) service provided by Sandicor®. Displayed property listings may be held by a brokerage firm other than the broker and/or agent responsible for this display. The information and any photographs and video tours and the compilation from which they are derived is protected by copyright. Compilation © 2014 Sandicor®, Inc. ”
Justin Butler. CA BRE #00852138
Powered By Prime Mover Media | Platinum Realty Executives | 1458 Anchor Place San Marcos, CA 92078